I list down Caldecott Honor Books we have read, for your inspiration to borrow or buy for your kids. These books are our top five and we absolutely love them.

(1957) Anatole by Eve Titus and illustrated by Paul Galdone.

This is about a mouse who lived outside the city of Paris with his family. He determined to make an honest living. One day he went to a (human) cheese factory and put comments on the different cheese blocks. Morning after, the workers and owner of the cheese factory were surprised to see the notes and decided to follow Anatole's suggestions and it was a big success, the factory sales increased. Since then, Anatole worked in the cheese factory every night.

I just like the story line and I think it's unusual and interesting. An enjoyable book to read.

(1958) Anatole and The Cat by Eve Titus and illustrated by Paul Galdone.

This is the sequel of Anatole. In this book, Anatole still worked in the cheese factory when one night he found out a cat was in the factory and he was so scared of the cat and he made a big mess with his work reviewing and commenting different type of cheese. He typed a letter to the cheese factory owner about the cat and asked the cat to be removed.

(1994) Peppe the Lamplighter by Elisa Bartone and illustrated by Ted Lewin.

The book is about a young boy, named Peppe, whose family was poor. He tried to find a job to help earning money for his family and managed to get a job as a lamplighter but his father was not happy about it. I really like this part: as he lighted each lamp, he recited a prayer for each of his families. Peppe's father felt ashamed of Peppe's job and finally one day Peppe decided not to light the lamps on the street anymore. On the same day his little sister was lost. What did Peppe do to find his little sister?

(2009) How I Learned Geography by Uri Shulevitz.

It is about a poor family life during World War. One day, with the only money they had, the father went to the market to buy a bread but instead he came back with a world map. They were all hungry that night. The boy was really angry that night. Day after he looked at the map and began fascinated by it, looking at it in details. The map took him to all different places in the world.

(1998) The Gardener by Sarah Stewart and illustrated by David Small.

It is a story about a young girl who liked gardening, Lydia Grace Finch, who had to live with her uncle in the city as his dad was out of work. Her Uncle Jim never smiled. Lydia helped him in his shop and she found a secret place on the rooftop and planted it with flowers to surprise Uncle Jim with the hope to make him smile.

I like the writing style of this book - Lydia wrote letters addressed to her beloved Grandmother who's also a gardener. 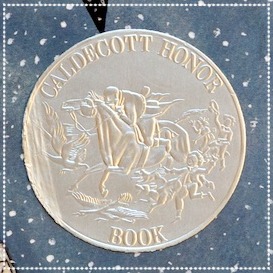 The next five great Caldecott Honor Books we like:

A story about the long day's work in the cotton's fields from a young black girl perspective.

(1989) The Boy of the Three-Year Nap by Diane Snyder and illustrated by Allen Say.

This book is about a boy who liked to sleep and did not want to help his mother. One day they had new neighbours who has a daughter who the boy liked. He wanted to marry her and did the trick to make the girl's father agreed.

Allen Say is one of our favourite author and he did the illustration for this book.

(1987) The Village of Round and Square Houses by Ann Grifalconi.

This book is about a Grandmother who explained to her grandaughter in a village near the mountain why the men live in square houses and the women live in round houses.

It is about a tiny boy, Chibi, who was considered strange by his friends and not able to learn a thing and could not make friends with others. He was always alone by himself. After five years went by and Chibi was in the 6th grade, a new teacher recognized what Chibi was capable of and he was very impressed. He often spent time talking with Chibi. At the school talent show, Chibi performed, he imitated the Crows sound. His friends were impressed and finally understood him.

A lovely story, about how sometimes we could miss-judge others and how important a teacher role is to develop the students' potential.

Taro Yashima, whose original name is Atsushi Iwamatsu, is a Japanese author who lived in America during World War II. He also has a few books awarded as Honor Books - Crow Boy, Umbrella, Seashore Story.

Her other book, How to make an apple pie and see the world, is also very interesting to read. Very clever in my opinion.

And the others we have read too:

(2008) Knuffle Bunny Too: A Case of Mistaken Identity by Mo Willems.

(1998) There Was an Old Lady Who Swallowed a Fly by Simms Taback.

My finding of this book lead me to borrow and read many of his other books. A lot of nice books by him such as other Strega Nona series, Big Anthony, The Art Lesson, Oliver Button is a Sissy, etc. Tomie de Paola is an American writer and illustrator. He received the Laura Ingalls Wilder Award for his lifetime contribution to American children's literature in 2011.

(1949) Blueberries for Sal by Robert McCloskey. 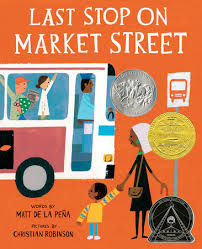 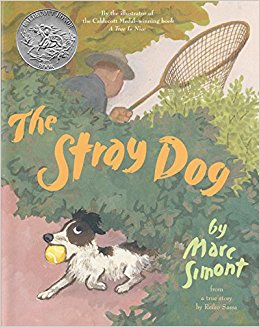 Leo Lionni is one of the author who have got a few of Honors (Inch by Inch, Swimmy, Frederick, Alexander and the Wind-Up Mouse) but somehow I don't enjoy his books. He was born in The Netherlands before moving to Italy then to America.

Kevin Henkes is an American writer and illustrator of children's books. He has a few books in the Honors list - Owen and Waiting and one book winning the Caldecott Medal - Kitten's First Full Moon (2005). His books are usually with the characters of cute animals. Some might find his books nice and lovely. But this kind of style is not my husband's style. We borrowed some for C (as we don't limit him to just read certain type of books) and he quite enjoyed them but not a very big fan.

There are many great authors out there with many diferent type of writing style, illustrations, and interesting story lines. It's really great to have easy access to read them, through Public Libraries as well as C's school library.